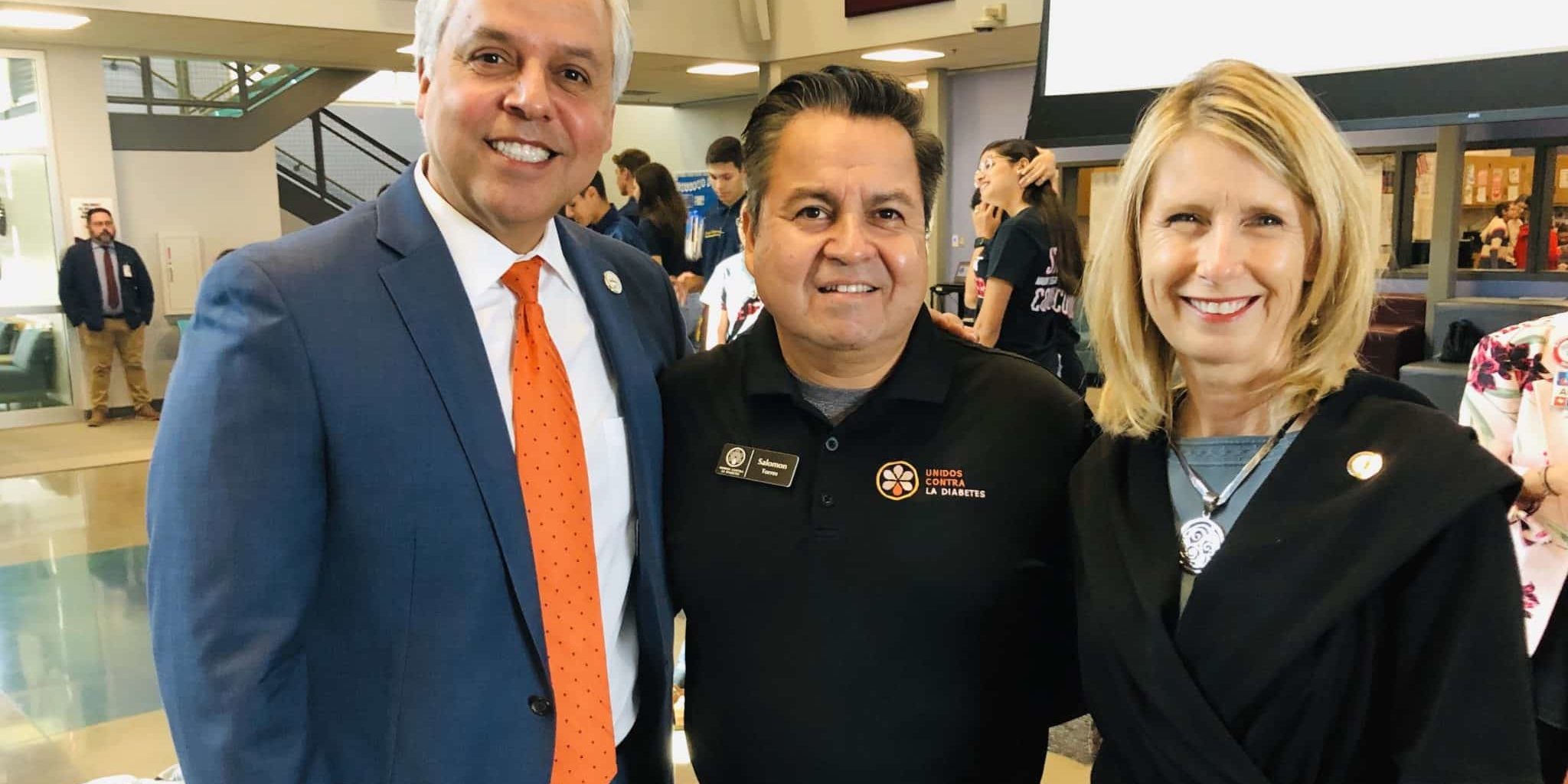 HARLINGEN, RGV – Harlingen high school students are so concerned about the high rates of diabetes and obesity in the Rio Grande Valley they have launched a community health awareness campaign.

The diabetes rate in the Rio Grande Valley is about 28.7 percent, double that of the state of Texas as a whole.

The campaign will use social media, a website, billboards, and promotional items to raise awareness of the correlation between sugar beverage consumption and obesity and the risk factors for diabetes.

“We started this campaign with the primary motive of changing the trajectory of health awareness delivery in the Lower Rio Grande Valley and we incorporated a lot of students to make this project possible,” said Adrian Garcia, a Harlingen student and campaign organizer.

“We facilitated a lot of focus groups to get the youth insight on how we can deliver healthy lifestyles here in the RGV. We have billboards coming up, we have SnapChat and Instagram advertising. We are doing everything to reach out into the community to tell them, hey this is what we need to do to make sure our students are being taken care of.”

Garcia made his comments following a news conference to announce the new marketing campaign. He said some people think a healthy alternative to a sugary drink is a Gatorade or a PowerAid. However, he pointed out those drinks contain large amounts of sugar.

“Seeing that students do not tend to realize that was really a shock to me,” Garcia said.

“This campaign is one way our students can help the community. We have high obesity and pre-diabetes rates. Preventing it is better than having to treat it.”

Garcia added that fighting diabetes is personal for him.

“I emigrated from Mexico in 2010 and my family has seen obesity, they have seen pre-diabetes Type 1 and Type 2. My goal is to transform that trajectory. We need to make sure that each one of our students sees the signs early on and is able to make informed and good decisions over their body and their health. That is why we are doing this campaign.”

Dr. Belinda Reininger, regional dean of the UT Health Science Center at Houston School of Public Health in Brownsville, had nothing but praise for the Harlingen students.

“We are thrilled. It is important to know the students were introduced at every level of this campaign and then embraced it and ran with it. What you are seeing is their creation,” Reininger said.

“Just to elaborate on that. They were trained to do data collection in a specific way to get the foundation, so they could design the campaign to address a specific behaviors and beliefs, and change those attitudes towards sugary beverage consumption. They had to gather that information in a very careful way to learn about that.”

The students then interpreted that data so they could design the presentation at the news conference, the ads and the videos, Reininger explained. “It was data-driven and student driven,” she said.

“We know that overall the Valley is paying more attention to how people are getting healthier. This (campaign) is an example.”

Reininger added: “The students understand the problems. They understand the issue. They live the issue. For them to speak to it is much more meaningful than adults. To capture that in images and video and social media in a way that will be meaningful for them, what could be better? You cannot compete with that. We are so proud.”

Harlingen CISD Superintendent Art Cavazos was also proud of the work of his students. He has high hopes for their marketing campaign.

“This was an incredible movement in time that is going to become a movement. Kids from the Harlingen School of Health Professions and our Media Arts Communication Academy have come together to create this campaign about drinking water and the importance of drinking water,” Cavazos said.

“It is really about this whole research project they did around diabetes and obesity and the fact that it can be prevented. To drink water and get away from the sweet stuff, we can make a change in our lifestyles. The children, the students that were here did an incredible job in launching this and calling to action what we can do as a community.”

Cavazos said he was particularly pleased that students took “an authentic learning experience” and created a campaign around a vitally important issue.

“We can change the trajectory of many kids in our Rio Grande Valley,” Cavazos said. “I would say this is a critical moment in time. It is very important to our society. When we can approach things in a preventive style we can get ahead. The kids did what I call a grassroots movement and illuminated an area that often times we do not want to talk about because it requires us to change our lifestyle. They did an incredible job, marketing the event, launching the campaign and getting other kids to join the campaign. I am really proud of the students.”

Cavazos added: “Getting away from the sugary drinks is a small step than can make a big difference in our lives. We can change it with initiatives like this.”

Salomon Torres, is program manager for policy and development with Unidos Contra La Diabetes. He said UCD is privileged to be working with the Harlingen students.

“This is a sugary beverage awareness campaign, a public health campaign for the entire Rio Grande Valley. This campaign was launched to alert particularly young people to be more aware of how much sugar they are consuming through their drinks, through their beverages.”

Torres noted that the Valley’s diabetes rate is about 28.7 percent.

“It is double that of the state of Texas. We have got some work to do to develop habits, healthier habits earlier in their life so that that diabetes rate does not go up. There are two issues, one is managing the condition, the other is preventing it. Today’s focus was on prevention. So that young people can develop healthier habits early on.”

“The students adopted the health message in their own personal lives. This is huge. We are a young population, our median age is 33, which is young for a metropolitan area. If this generation we saw today takes the lead on this project, if they develop healthy habits they are going to be the role models for the kids coming after them, and for the parents at home.”

Editor’s Note: The Life is Sweet Enough public awareness campaign launched by Harlingen high school students was chosen as Story of the Year by Rio Grande Guardian staff. They noted that while migrants stuck in tents in Matamoros and USMCA were the top U.S.-Mexico border stories of the year, the battle against diabetes was of paramount importance to the Rio Grande Valley. The Rio Grande Guardian plans to host livestreams and podcasts with Harlingen high school students about the Life is Sweet Enough campaign in the New Year.

Comeback of a School Icon – Old Greyhound Stadium to Reopen for Evening Use
July 19, 2017